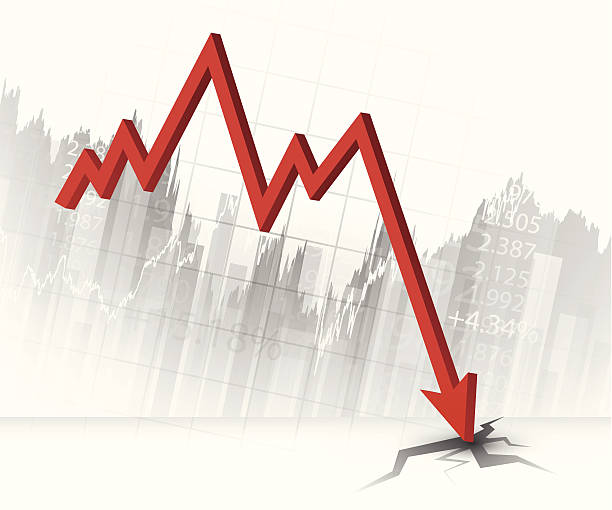 The stock market in the United States lost another day on Monday as investors weighed the possibility that the Federal Reserve’s vigorous anti-inflation drive would force the country into recession. Except for the more defensive Consumer Staples sector, no industrial sectors were spared, with Technology, Consumer Discretionary, and Energy being among the hardest hit. Bitcoin fell roughly 12% during the day as a result of the pressure. Since its all-time high in November, the cryptocurrency has lost half of its value.

Investors are growing anxious that the Fed will struggle to combat historically high inflation without stifling economic development. In our opinion, the Fed will raise its benchmark interest rate in half-percentage-point increments over the next four sessions before easing back to zero. Later this year, there will be a quarter-point increase. According to current predictions, the Fed wants to raise rates to a “neutral” level by the end of the year, which might be about 2.5 percent.

Markets expect the rate to rise to 2.6 percent by the end of the year, then to 3.2 percent by next July. Separately, the Federal Reserve Bank of New York released a survey on Monday showing that respondents’ three-year inflation forecasts increased to 3.9 percent in April. Rising prices might create a self-fulfilling prophecy if households push forward purchases because they believe prices will continue to rise, confounding the Fed’s efforts.

“Equities could fall significantly lower if GDP continues to deteriorate.”

“In the short run, investors are unlikely to find much return in risk-taking, and should instead focus on quality,” she adds. “One method to take advantage of volatility while keeping your strategic allocation is to rebalance your portfolio on a regular basis.”

Volatility in US stocks is likely to continue

Stocks around the world are less volatile.

Takeaways for traders: Volatility is expected to persist.

What are the options for long-term investors now?