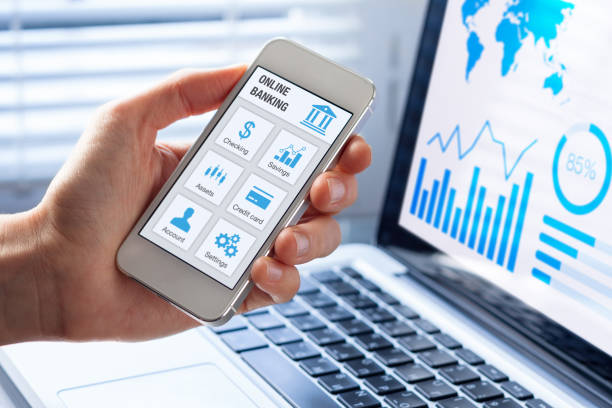 According to the World Health Organization, smoking is the single greatest avoidable cause of death and disease. Tobacco usage is responsible for nearly 16% of all deaths in Europe. In the United States, smoking costs more than $300 billion every year!

We are all aware that smoking has negative consequences. From lung cancer to heart illness to everything in between, we’ve got you covered.

I have to admit that I have also smoked. It began when I was in college and going out. I was consuming copious amounts of alcohol and smoking the occasional cigarette. After a few months, I began purchasing cigarettes on my own when I went out, and I had my own pack. This is a significant warning sign. If you’re

After starting to smoke when I went out, I began to smoke whenever I was stressed. That appears to be a really healthy trend, doesn’t it? I smoked when I had examinations, midterms, or wanted to study. Simply to unwind, relieve tension, and keep me going. I convinced myself that smoking multiple times a day while studying was fine since it relieved stress.

I believe the whole thing lasted about a year. Then I was done with it all of a sudden. That was my smoking habit, and I promised myself I would never buy another pack.

However, smoking is also expensive. A pack of cigarettes costs on average €8, amounting to up to €250 per month solely for smoking.

Buying coffee every time you go to work without thinking about it could cost you a lot of money.

Some people drink up to four cups of coffee every day, so buying them in coffee shops can be costly. If coffee costs $4 per cup, you’ll spend $85 per month on it if you just consume one cup.

While this isn’t the reason why millennials can’t buy homes, it might help if you could save and invest that money instead.

If you can’t stop yourself from drinking coffee. Consider making your own coffee at home and bringing it to work. The money you save will add up quickly if you do this.

There’s nothing wrong with eating out with your friends or family if you’re doing it for fun rather than a habit.

Many people enjoy ordering takeout or lunch throughout the workday. Bringing your own lunch to work is recommended if you want to save money. You can not only save money but also stay healthy by eating a home-cooked dinner.

This is one of the less popular money-saving techniques because dining out with friends is a common occurrence. However, your spending habits can have a significant impact on how much money you save on a monthly basis. Money management strategies include being frugal and realistic.

Cooking at home can help you save a lot of money.It is also recommended that you plan your meals ahead of time to save time. You might also use a meal planning service, which is far less expensive than eating out. Try this $5 Meal Plan service, which sends out weekly meal plans with a shopping list for for $5 a month.

Water is really important in our daily life, which is why you will always purchase it when you are out. Even though it is not very expensive, it is still a cost.

Invest in a decent water bottle, or as they call it, a water jug, and bring your water with you. If

Invest in a decent water bottle, or as they call it, a water jug, and bring your water with you. If you’re on a diet, lemon can be added to your water. What a fantastic method to save money while still staying hydrated. Spending less actually means maximising what you already have.

Alcohol misuse costs the United States alone $249 billion each year, or $2.05 per drink and $807 per person. The majority of costs stem from binge drinking, in which a person ends up in the hospital after drinking too much.

I’ve also consumed a significant amount of alcohol in the past. It was just extremely ‘normal’ at the time, which is also something we could question. I began drinking at the age of 14, when the legal drinking age was 16. The legal age is currently set at 18. This means that people begin drinking around the age of 16, which is an improvement over the past.

My friends have been admitted to the hospital after drinking too much, which is terrifying. Obviously, these hospital trips are costing the health-care system a lot of money (and your personal wallet).

I don’t mind if people drink because I enjoy a good beer, but there are limits. There will be no more puking.

Gambling and lottery participation are both dangerous. In 2016, people lost $110 billion gambling, according to the Economist.

According to Bloomberg, for every $1 ticket purchased, the typical player receives $0.6 in wins.

While I’ve gambled and played the lottery before, I’ve never found it very enjoyable. Of course, you have to play in the casino for a while in Las Vegas, but that’s about it. Also, my in-laws always give everyone a lotto ticket around Christmas time. For lottery tickets, that’s all I do.

I’ve heard too many stories about individuals losing money while gambling, friends physically handing me their money because they couldn’t use it, and people filing for bankruptcy as a result of gambling. I

Know where you want to stop. Only gamble with money you’re willing to lose, and don’t withdraw any additional funds.

People feel compelled to purchase anything, especially when they are upset, bored, or experiencing similar emotions. They want the rush of buying something quickly without feeling like they’re actually paying money.

This can lead to increased credit card debt, general overspending, and the purchase of items you don’t actually require. All of this leads to increased dissatisfaction and stress, which leads to more excessive purchasing. The cycle begins! Instead of living expenditures, paying off debts will be the only thing on your mind.

Many of my pals are tanning addicts. Fortunately, most of them had already stopped. The people that went tanning were not naturally tanned. In addition, skin cancer is a serious problem in this area. The hazards increase dramatically if you spend the most of the year sunbathing!

Speeding is not only costly when citations are issued, but it also incurs significant additional costs. Motor vehicle accidents cost $432 billion in 2016, with 2 million individuals involved. This amounts to $213,000 per individual affected on average.

Additionally, your car insurance premiums will rise, which no one enjoys!

You must dosage the appropriate amount of everything. Of course, you can watch a nice TV show or some YouTube videos while watching TV, but don’t let it consume you.

The average American watches 31.5 hours of television per week and about six hours of movies per week. In addition, social media consumes an additional 10 hours every week on average. Because many of us also work 8 hours every day, some people spend more and others spend less time in front of screens.

That’s a long time! What if you spent those hours on something different, like starting a side business or getting your finances in order? I know, these are ridiculous ideas.

Commercials on television and social media can influence you to buy products you wouldn’t normally buy.