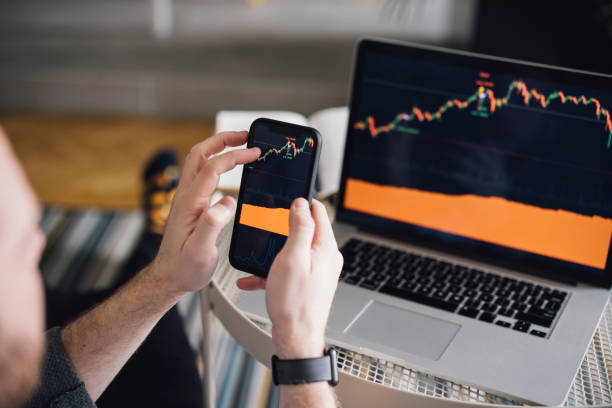 Last week’s daily stock-market fluctuations, which included both the highest daily gain and daily fall of the year, may have felt like something new in an already volatile year. We wouldn’t call this “much ado about nothing,” but we don’t believe it should be seen as a hint that a new market danger or narrative has emerged. Instead, we believe that this volatility is a consequence of the market’s continuous struggle to predict the result of the Fed’s tightening versus a still-viable expansion.

Here’s what we knew going into May:

Here’s what we know about what happened last week:

Only said, while significant market swings may appear to indicate heightened uncertainty, last week’s events and data simply confirmed what we already knew: the Fed will continue to tighten, and the economy is still in reasonable (but not flawless) form. Here are four significant things we learned about the road ahead this week:

1. To prevent steering into the ditch, the Fed will keep its foot firmly on the brake

2. The stock market is pricing in a downturn. We believe the dangers are increasing, but a recession is far from certain.

3. The majority of the rising-rate road has been traversed, but not all of it.

4. The stock market may not be as nimble as it once was, but now is not the time to give up.

Last week’s daily market movements may create the impression that volatility has reached unprecedented heights. The Dow gained 900 points on Wednesday before dropping 1000 points the next day1. Within the last six trading days, the S&amp;P 500 has had its three greatest daily swings of the year, while the Nasdaq has seen its worst daily decline since June 20201. This may appear ominous and unusual, but large daily fluctuations are not always indicative of imminent bear markets. So far this year, the S&amp;P 500 has dropped 3% or more on two separate days1. In 2018, five such days occurred, compared to two in 2015, six in 2011, and five in 20101. In comparison, the bear market years of 2008, 2009, and 2020 witnessed an average of 17 days of falls of 3%1.

The stock market has dropped as much as 14% since its January peak, matching the average peak-to-bottom decline for nonrecessionary declines in the past1. There have been two formal bear markets (20 percent or more falls) without a recession in the last 60 years (1966 and 1987), with an average decrease of 28 percent. 1. While we can’t rule out further stocks weakness as this inflationary and Fed policy period unfolds, history suggests that, without a full-fledged economic slump, the present retreat may have already occurred.

Much of the disadvantage was captured.

The stock market’s correction has almost entirely been caused by a drop in valuations, as equities have been repriced for a higher-interest-rate environment. In 20221, the future price-to-earnings (P/E) ratio has declined by 21%. Prior Fed tightening cycles were followed by a 20 percent average P/E decline. This indicates that markets are already reflecting Fed headwinds and a high risk of recession, providing some solace in the knowledge that a substantial amount of pessimism and possibly negative outcomes have already been priced in.

The current situation is strikingly similar to the Fed’s tightening stages in 1994 and 2018, when markets became more concerned that monetary policy had become excessively restrictive. Stocks fell 8.9% in 1994 and 19.8% in late 2018, respectively, before rebounding 5.2 percent and 25.3 percent during the next six months1. The Fed’s decision to suspend its rate-hiking efforts prompted each of these recoveries. This is consistent with our present belief that a move in Fed expectations will be a required catalyst for a longer-term adjustment in market sentiment. In the meanwhile, we don’t believe equities need to continue to drop. However, we believe that a reduction in inflationary pressures will be the catalyst for sufficient confidence.